In the history of studies in the US on urban politics and community power, scholars from a wide variety of theoretical backgrounds have assigned a central role to economic actors within different local hierarchies and ruling coalitions. From the earliest elitist/pluralist debates (Dahl, 1961; Hunter, 1953; Polsby, 1963) on the nature of power within the community to the later and more influential research path framed by a political economy perspective (Molotoch, 1976; Peterson, 1981; Stone, 1989), the role of business has been not just under permanent scrutiny, but also acknowledged to play a major, if not determining, part in cities’ and regions’ fortunes. It would be no exaggeration to say that elitist, neo-pluralist and political economy theories on cities and regions have been built on two related assumptions: a) business has been playing a major role in the fates of US cities; b) a central issue of the research agenda is to define and measure the nature and extent of the power of business within communities.

Whereas the first generation of research into community power was confined within the borders of the US, studies inspired by the political economy perspective – particularly urban regime and growth machine theories – have successfully managed to cross the Atlantic, setting the framework for what can be regarded as the first wave of European studies on local urban power and development. It is worth noting that the successful, though not always smooth, transfer of US urban theories outside the country’s borders has extended, in recent years, into Latin American political science and urban studies departments, unshackling these fields from their outdated Marxist-structuralist approaches.

Similarly to the path followed in Europe, the attention given by Latin America to more recent US theories in the field of urban politics has much to do with transformations to the state brought about by globalization, with profound changes being observed in the relation of mutuality between cities and regions (Taylor, 1995) on one hand, and the state on a national level on the other. State rescaling (Brenner, 2004) in Latin America and elsewhere generally represents a process whereby subnational units such as cities and regions have been endowed with increasing structural significance and autonomy within each territorial state’s administrative hierarchy.

Globalization processes have sparked a broad range of transformations in the structure of the Fordist-Keynesian state that has been in operation since the 1930s (Brenner, 2004), and such changes have reached Latin American’s regions and nation states with varying intensity. State rescaling processes that have increased cities’ and regions’ autonomy across the continent have varied significantly as a result of their different institutional backgrounds and due to the specific relations of mutuality between cities and nation states.

Regarding the impact of the globalization process on the structure of the Brazilian state, it is worth emphasizing that global pressures toward state rescaling have not only been aligned with ongoing internal state decentralization processes in the country, but have also reinforced them. The democratization and neoliberal reforms that were set in motion in Brazil in the 1980s led to the withdrawal of state intervention in important economic sectors and in delivering significant welfare provisions on one hand, and to a decentralization process that has empowered subnational units on the other, particularly municipalities, in terms of both fiscal resources and new constitutional attributions. In summary, as a result of the joint effect of global and internal processes, cities and city regions in Brazil have been gaining ground as autonomous actors, becoming the stage for new capital flows.

It is within this context of profound change concerning the relative position of cities and the state at a national level in Brazil, with the former gaining increasing autonomy, that a shift in the academic agenda in this country has also been observed. From an almost exclusive concern for national governance structures, it has begun to focus on modes of governance at the subnational levels of cities and regions. Due to these changes, it is not difficult to envisage that analyses of different modes of governance at a subnational level will be at the center of the research agenda in Brazil over the next few years. It goes without saying that the fulfillment of this new agenda implies a close dialog with second generation US literature on city politics, especially in terms of growth machine and urban regime theories, as well as an evaluation of the limits and possibilities provided by these.

The purpose of this paper is to take the first step in this direction, analyzing the role of economic actors in Brazilian municipalities and city regions from a comparative perspective. It will be shown that, despite some signs of civic life in Brazilian municipalities, embodied by the participatory budget experience, economic actors are far from playing an active role in local urban development in the same way as this can be observed in US cities. If this is true, the use of urban regime and growth machine theories will require essential modifications when applied to the Brazilian context.

In this paper, both neo-institutionalist and state-centered approaches are used to explain the underdevelopment of the organization of business in Brazil and the near absence of civic participation by economic actors at a local level. It is argued that the two main institutional frameworks that have underpinned local governments along the country’s history – state corporatism and clientelism/patrimonialism – are at the root of strong incentives encouraging economic actors not to organize or act collectively: a) while prioritizing the production of distributive goods at the expense of regulatory and redistributive politics, patrimonialism and clientelism encourage business to foster individual, short-term, rent-seeking strategies that inhibit developmental strategies; and b) while aiming, at the same time, to organize and accommodate the main social actors, such as business and trade unions, the top-down hierarchical structure of state corporatism leads to short-lived organizations being put in place. In the absence of an ongoing stimulus from above, the corporatist structure is at risk of falling apart and being replaced by a myriad of parochial and conflicting organizations.

Therefore, it is argued that the nature of the Brazilian state has thwarted the autonomous organization of business at a local level from different and opposing directions; this, in turn, makes cities and city regions in Brazil less likely to pursue the type of developmental policies described by the political economy literature in its analysis of US cities. State structures at a local level in Brazil are, therefore, a hindrance to the development of collective action on the part of economic actors, and the mainly distributive and rarely productive nature of the country’s federalism is an additional institutional obstacle preventing cities from setting up growth machines and pursuing developmental policies. As local governments in the country are now in charge of developing the important social programs that central government has transferred to municipalities over the last few decades – in education, health and social care –, mayors and city council members have few opportunities or resources and little leeway to place economic and developmental issues firmly on the political agenda.

This paper is divided into three sections. The first highlights the main factors that, in the view of current scholarship, account for the weak organization of business in Brazil, alongside some major and broader theories on the rationale behind the structure of the country’s state. The second analyzes state- corporatist and clientelist modes of governance respectively in Brazil’s steel capital, the city of Volta Redonda, and in the Metropolitan Region of Rio de Janeiro, where business has not formed an independent organized sector to press for the implementation of developmental policies.

This section also discusses a central trait of federalism in Brazil: local government is expected to carry out the bulk of redistributive policies transferred by central government to municipalities (Arretche, 2012). This results in an institutional framework in which there is little room or incentive left for political and economic actors to push forward developmental policies. In the final section, based on the marginal participation of economic actors and the redistributive nature of Brazilian federalism, an evaluation is provided of the extent to which theories of urban politics based on political economy perspectives can shed light on the reality of Brazilian cities and city regions. It is concluded that, whereas the rescaling of the state on a national level, sparked by globalization, has pressed for local autonomy and local development policy, Brazilian state structures and the nature of intergovernmental relations in the country have refracted these broad inputs in the most diversified ways, aligned with the path dependency of local institutions and the specific division of labor between the market and the state in each municipality. 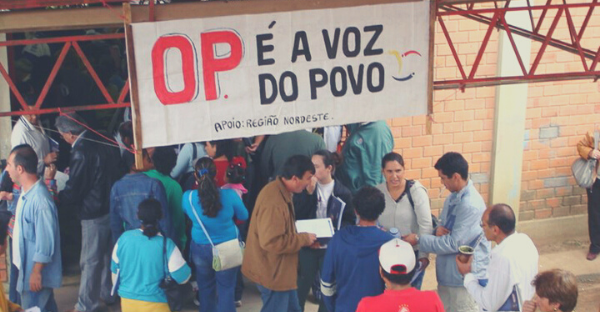 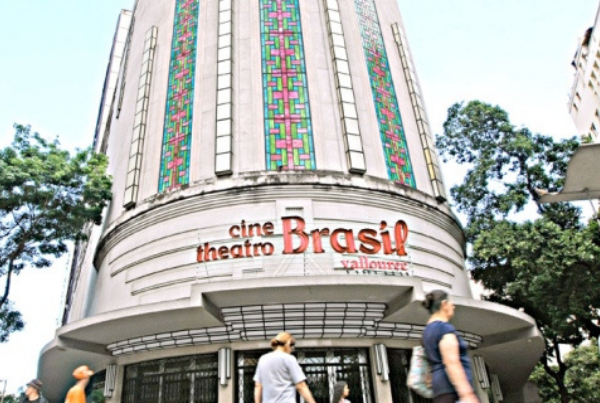