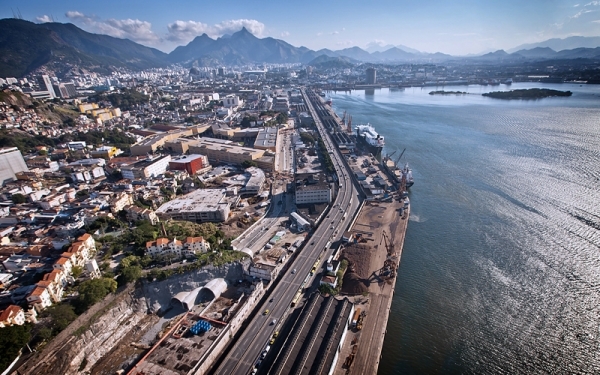 Next comes a review of the e-book Porto Maravilha: the imaginary of revitalization, by geographer Nelson Diniz. The study underlines that the Porto Maravilha project, conceived by the discourse of the “imaginary of revitalization” and based on models such as Baltimore Harbor (USA) and Port Vell (Barcelona), greatly resembles a classic model of urban renovation marked by with the demolition of buildings, confrontation with the local community, and use of public funds to generate profit for private investors.

Conceived by the discourse of the “imaginary of revitalization” and based on models such as Baltimore Harbor (USA) and Port Vell (Barcelona), the Porto Maravilha project in Rio de Janeiro shows that, in practice, it is closer to a classic model of urban renovation with the demolition of buildings, confrontation with the local community, and use of public funds to generate profit for private investors. These are some of the findings of the e-book Porto Maravilha: antecedentes e perspectivas da revitalização da região portuária do Rio de Janeiro (Porto Maravilha: background and revitalization prospects of the port district of ​​Rio de Janeiro) (Editora Letra Capital, 2014), by geographer Nelson Diniz , linked to the INCT Observatório das Metrópoles Network.

In the book’s preface, Professor Orlando Alves dos Santos Jr. states that the project is an invitation to reflect on the policies of urban revitalization in the context of the spread of neoliberal entrepreneurship. “Nelson Diniz proposes to understand this project in the light of critical urban theory. Thus, poring over the process of transformation of the harbor area and the various renovation projects of that space, the author undertakes an analysis of the social construction of the discourse of revitalization of city central areas, in this case, the port district of the city of Rio de Janeiro.”

But what is the discursive foundation of Porto Maravilha?

Nelson Diniz points out that the Porto Maravilha project is based on the social construction of the discourse of the “imaginary of revitalization.” When Brazil and Rio de Janeiro are respectively selected to host the 2014 FIFA World Cup and the 2016 Olympic Games, the moment is perceived as timely – combined with the context of economic growth in the country – to carry out the so-called “Rio miracle,” from which emerged an urban coalition involving different levels of government and traditional and new actors of the city’s economy. All of them practicing a new model of entrepreneurial governance to transform Rio into a global city.

Porto Maravilha is part of that process. Underlying its model are “successful” international experiences such as those in Boston and Baltimore (USA); Puerto Madero, in Buenos Aires (Argentina); Kop van Zuid, in Rotterdam (Netherlands); and especially Port Vell, in Barcelona (Spain). Nelson Diniz quotes in the book the speech of the actual mayor of Rio de Janeiro, Eduardo Paes (2011), in which he praises the Barcelona model:

How should we prepare Rio to receive the biggest sporting event on the planet and seize this opportunity to transform the living conditions of the city’s population? We are following to the letter the advice of Pascal Maragal, mayor of Barcelona at the time of the 1992 Olympics, and whose organizational model is an inspiration (p.77).

But what are the differences between urban revitalization and renovation? Diniz shows, citing Del Rio (1991; 2001; 2010), that revitalization is characterized, among other things, by preservation of heritage, contextualization, stimulus to mixed uses and “flexible” forms of management and planning. In turn, the principles of order, standardization and functionality characterize policies of urban renovation, as well as contempt for traditions and cultural, historical and environmental features. Such arguments are based on a Manichaeism that opposes renovation/modernity and revitalization/postmodernity.

“Following Boston and Baltimore, the revitalization of harbor areas has become a widespread model, reproduced in several cities around the world. Urban revitalization would contrast with the practices of renovation, of demolition-reconstruction, inspired by the ideals of the modernist movement,” says Nelson.

In the case of Rio de Janeiro, however, the discursive option for urban revitalization did not eliminate the possible use of demolition-reconstruction practices and their effects. “What stands out in Porto Maravilha is the demolition of the Perimeter Viaduct and of old buildings which house popular occupations. Despite the controversies about the destruction of the main throughway connecting the South and North Zones of Rio de Janeiro, what about the removal of the residents of occupations, in addition to those of Morro da Providência?” asks Nelson, who then concludes:

“By analyzing closely the Porto Maravilha project and its mode of implementation, it is clear that it more closely resembles a classic concept of urban renovation characterized by breaking community links, favoring the emergence of luxury business centers, and allowing, with the aid of public resources, benefits for investors and owners.

In the book, Nelson Diniz investigates the various projects designed for the port of Rio de Janeiro since the 1980s in order to demonstrate that the ideas of revitalization of the harbor area are not new, but have always come up against political barriers and conflicts of interest.

According to the researcher, the first proposals to revitalize the port district, developed by the Commercial Association of Rio de Janeiro (ACRJ) and other actors of the private sector, emerged in the context of the economic crisis of the country, state and city of Rio January in the 1980s. Due to resistance from port authorities, municipal and federal governments, and community mobilization to defend the preservation of historical features of the neighborhoods of Saúde, Gamboa and Santo Cristo, those projects were abandoned.

In the 1990s, the initiatives of ACRJ and port administration bodies received the support of the municipal and federal governments. “The Port Modernization Act of 1993 established the legal framework for the revitalization of harbor areas in Brazil, resulting in complex negotiations between port authorities, the private sector and government levels. The relations between these actors wavered between cooperative trends and conflicts of interest. In the case of Rio de Janeiro, disagreements among stakeholders compromised the execution of various projects,” he explains.

In the early 2000s, the debate was resumed with the elaboration of “Rio Port: Recovery and Revitalization Plan for the Port District of Rio de Janeiro.” The book shows that for the first time since the 1980s, large urban facilities were built: the Gamboa Olympic Village and Samba City. At the same time, controversies regarding the installation of a branch of the Guggenheim Museum at the Mauá Docks halted further initiatives.

Only in the late 2000s, and closely related to the proposals that preceded it, was the Porto Maravilha Project established by Municipal Complementary Law no. 101 of November 23, 2009. “This is a Consortiated Urban Operation (OUC) in an area of ​​approximately 5 million square meters. Law no. 101/2009 changed the parameters of land use and occupation in the port district and established priority interventions of infrastructure and transport, as well as public-private management and funding mechanisms,” he says.

Nelson Diniz also points out the expansion of the downtown area and the production of so-called marks of distinction, besides gentrification trends of the city’s harbor area.

According to the author, in 2010 the houses of 671 families in Morro da Providência were marked out for demolition under the Morar Carioca project, the main municipal program for the urbanization of favela areas. “Although the Morar Carioca program is not a focus of analysis in my study, it can be said that its interventions, as well as the UPPs (Pacifying Police Units), complement those of Porto Maravilha. Prominent among them are the construction of a cable-car system connecting the Central do Brazil railway station, on Presidente Vargas Avenue, Morro da Providência and the Samba City, which coincides with the principles and guidelines of Law no. 101/2009 on the expansion of the city’s central area,” he argues.

Diniz affirms that these projects (Morar Carioca, UPP, Porto Maravilha and Olympic Port) are part of a larger project aimed to insert Rio de Janeiro in the list of global cities, and also symbolize a structure to receive the international community during major sporting events.

On the process of gentrification, the author shows that the discourse of the municipal government of Rio de Janeiro expects increased population density in the region. Sérgio Dias, the current Secretary of Urbanism of the city of Rio de Janeiro, stated in 2010:

It is expected that the current population of 22,000 inhabitants, mainly distributed in six surrounding neighborhoods – Centro, Santo Cristo, Gamboa, Saúde, Cidade Nova and São Cristóvão – will reach 100 thousand people in a first stage. As has occurred in other cities that have renewed their harbor area, the idea is to have buildings which are not purely residential, but blended with other functions, such commerce, business, culture, etc.

However, with regard to residential use, those destined for the middle class stand out. “The city government’s project is to attract the middle class and, later, the popular classes. What can be seen so far is that action fostering social housing and property regularization is residual, which calls into question the social base of demographic growth expected for the port region,” says Diniz, who then concludes:

“Porto Maravilha is not merely the result of a new moment in Rio de Janeiro, associated with the holding of mega-events in the city and the recent political and economic conditions in Brazil. In fact, the project carries out, under new and old forms, what has become a consensus in the debate on the revitalization of the port district. Finally, although it would be rash to already confirm the gentrification of the port district, which requires the development of further research, the conditions are in place for the reoccupation of the city center by affluent social sectors. The question is whether they will actually come,” reflects Diniz.

Dossier What Is at Stake in these Games? 2016 Olympics and the Commodification of the City of Rio de Janeiro. (DOWNLOAD) 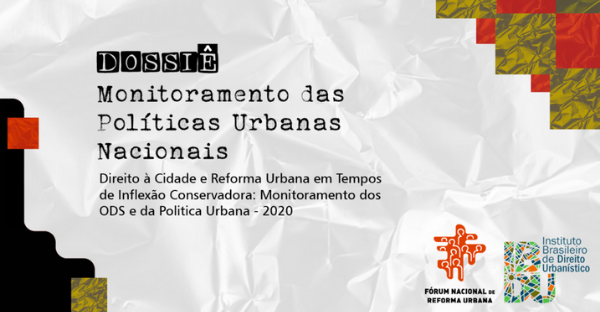 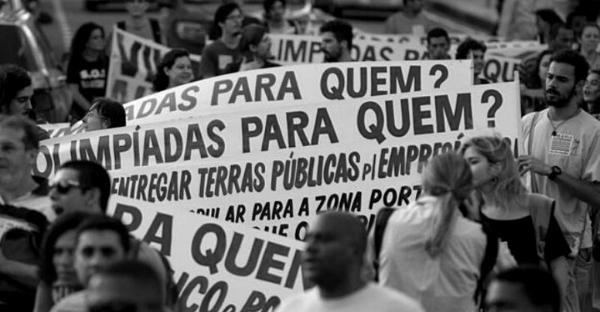 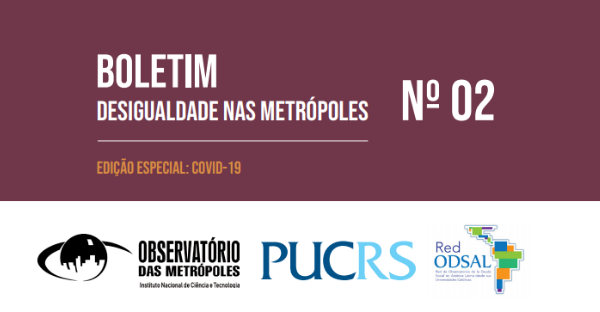