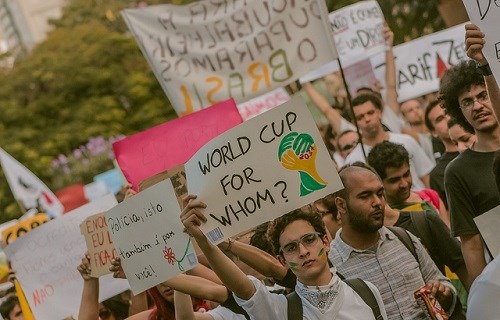 The historical roots and deeper conditions of the ‘demonstrations cup’ in Brazil in 2013 are essential for the understanding of the movement’s consequences, says Erick Omena. In this essay, he looks into the genealogy of the public protests in Brazil leading up to the FIFA Confederations Cup, the first of three mega sporting events held in the country from 2013-2016.

In June 2013, as Brazil was hosting the FIFA Confederations Cup, worldwide attention suddenly turned from what was happening inside the stadiums to the country’s largest wave of popular protests in decades. In the space of only three weeks, more than 2 million people took to the streets of around 350 Brazilian cities to express their dissatisfaction with the political system and the insufficient provision of urban services, while also highlighting the contrasting high public expenditures on sports mega-events.

The immediate cause is well-known: the Movimento Passe Livre – a young social movement, with autonomist inclinations, demanding free public transportation – initially organised some protests demanding a reversal of hiked bus fares in São Paulo. Clashes with the police caught the attention of social media users and of some major news outlet commentators. From then on, momentum was built through a combination of heavy-handed and escalating police violence, increasing major news outlets’ attention and online engagement through social media and livestreaming, with several major cities quickly joining the protests. This eventually led to the reversal of bus fare hikes. But then the original demands were widened to encompass much broader issues, with the number of demonstrators on June 20th reaching 1.5 million across the country.

Although the sequence of events discussed above has been widely known and hardly ever disputed, the same cannot be said about the deeper conditions that triggered the nation-wide “demonstrations cup”, as it was then called by demonstrators. The unveiling of the historical roots of the June 2013 protests is particularly relevant if we want to understand their consequences. Thus, a brief outline of the genealogy of the “demonstrations cup” – i.e. the reconstruction of the multiple factors that led to those uprisings in Brazil – is presented below.

First genealogical phase (Late 1980’s to mid-2000s)
From the aftermath of the military dictatorship until the mid-2000s there were slow but continuous improvements in the socio-economic conditions of most of the population, underpinned by mild economic growth coupled with some intermittent income redistribution. Concomitantly, some counter-hegemonic groups of civil society – i.e. movements who aim at disseminating their worldviews in society,  sometimes with socialist inclinations and often calling for direct participation in the State apparatus – gradually constructed inter-sectoral and inter-territorial networks. This trend has allowed cohesive collective actions demanding more participation in public policies, eventually achieving relative success at different governmental scales.

In practice, this meant a greater participation of social movements and associations in local policy councils, such as healthcare and education boards and the construction of participatory budgets, particularly fostered by local governments run by the then emergent Workers Party (hereafter PT). Later at the end of this period, with the PT winning presidential elections, this participatory ethos initially tended to be extended to the federal government, creating great expectations among grassroots movements.

Meanwhile, non-hegemonic groups – i.e. groups usually influenced by anarchism and autonomism, aiming to resist domination through anti-hierarchic practices and defending disavowal of any struggle for the State apparatus – began to grow under the inspiration of the international anti-globalisation movements. However, the experience proved to be short-lived, with the last attempts to revive anti-globalisation activities failing in early 2003. This brief experience, however, generated exchanges between old and new activists, creating new groups. Two particularly stood out due to their strength and longevity: the Centro de Mídia Independente (CMI) and the Movimento Passe Livre (MPL). Whereas the former represented a new form of activism, based on the non-mediated self-expression of activists, the latter was based on the promotion of transportation as a fundamental human right. These characteristics were later recognised as typical of the June 2013 protests.

Second genealogical phase (Mid-2000’s to the very early 2010’s)
The second phase involved an intensification of economic development and greater redistribution of income. This has been combined with a rapid expansion of the domestic consumption market, helped by a more progressive minimum wage policy, a broader formalization of labour and regulatory changes that led to an increase in the supply of credit. However, as a consequence of this boom and of market-led urban policies, the already precarious infrastructure was heavily burdened, eroding the living conditions of most of the urban population and causing severe and generalized dissatisfaction. Car ownership, for instance, more than doubled and the number of motorcycles quadrupled in the country, whilst the average commuting times increased rapidly and widely between 2001 and 2012. An abrupt rise in real estate prices also helped to rapidly increase housing deficit indicators.

The same process of consumption incentives exponentially increased political grievances through their unprecedented exposure in new communicational channels. The percentage of Brazilians 10 years of age or older with internet access more than doubled between 2005 and 2011. This was accompanied by the very rapid growth of mobile broadband and social media access.

Meanwhile, within civil society, counter-hegemonic groups became increasingly disappointed with the limitations found in the participation mechanisms previously established. The new spaces for negotiation tended to exacerbate tensions between the State and civil society, as the balance between autonomy and participation became potentially delicate. Also, there was increasing co-option of leaders of traditional unions and social movements, creating a division between leadership and the rank-and-file. Consequent disappointment was expressed, for instance, by the sharp decline in the number of participants in new participatory institutional mechanisms, such as the National Conference of Cities.

Additionally, some of the established non-hegemonic groups mentioned earlier, who inherited the tradition of the late 1990’s anti-globalisation movements, expanded their scope and reach. The MPL sought to combine autonomy and non-hierarchical organisation with negotiations with public officials, demanding free bus pass to every citizen. Similarly, the Centro de Mídia Independente sought to act under the slogan “Hate the media? Be the media!”, emphasizing methods of non-representation and direct action in the informational field, to strengthen the influence of social movements of various kinds – including counter-hegemonic – over public policies. And a new generation of non-hegemonic groups also sprang up in 2011, introducing new methods of direct action, such as the combination of the occupation of public squares with live broadcast via the internet – practices inspired by another round of international mobilisations, such as the Occupy movement. Although fleeting, the Brazilian Occupy movement was able to combine a growing dissatisfaction with the search for innovations.

The development projects related to mega-events were announced at the end of this period. They deepened the general erosion of urban living standards by fueling the urban crisis with more real estate investment, cosmetic interventions, large-scale relocations of poor people and very limited transportation projects. They also became a target around which several counter-hegemonic and non-hegemonic groups could converge, especially via the creation of new thematic networks, such as the Popular Committees for the World Cup. These committees managed to disseminate critical subjectivities on the projects designed for the World Cup and Olympics, which would conveniently merge with the general mood of dissatisfaction among the population caused by the erosion of living standards mentioned above.

Third genealogical phase (2012-2013)
It all led to the short third phase, which is marked by an abrupt radicalization between 2012 and the first half of 2013. This is illustrated by a rapid increase in the number of street protests promoted by some new thematic networks – as shown in the table below – and union strikes.

And whilst the mainstream media tended to temporarily lose its legitimacy as the main communicational channel thanks to the rapid dissemination of social media (between February 2011 and June 2013 alone, the number of Brazilian users of Facebook jumped from 10 million to 76 million, an increase of 660%), institutionalized politics was also damaged. In late 2012, 56% of Brazilians declared themselves nonpartisan – the highest level registered in more than two decades.

The general prioritization of direct action and the delegitimation of institutions converged with the usual street mobilisation of non-hegemonic groups and their “do it yourself” ethos. The MPL’s demonstrations against the increase in bus fares – generally considered as the catalyst of the June protests – happened in a context particularly inflamed by the issues brought by sports mega-events, which were surrounded by an urban crisis and an intensified illegitimacy of government and media amongst various social movements and, more broadly, the population. The spread of new communication technologies, especially the video broadcasts via mobile telephony and social media, which gained relevance since the occupations of public squares in 2011, expanded the repertoires of action and substantially increased the reach of the general collective escalation toward the mass June protests.

Conclusions
The study of the seminal experience of the Brazilian “demonstrations cup” and its genealogy brings forward some relevant conclusions.

First, national and urban contexts matter. If we intend to better understand the latest changes related to the governance of FIFA and the IOC at a global level, we have to look at the particularities of the national and local contexts and their interaction with such institutions.

Second, one must consider multiple causes in order to better understand the origins of historical processes. It is not possible to explain highly complex phenomena such as the June 2013 protests in Brazil by only focusing in one factor, as some PT leaders and academics have done by paradoxically suggesting that the protests were simply a consequence of the government’s inclusive policies.

Third, the genealogy of the “demonstrations cup” is important to read and act upon the contemporary scenario in Brazil and beyond. Most of the characteristics found at the historical roots of the June 2013 protests are still present and may persist. Disillusion about failed development models and degraded urban living conditions, the erosion of links between representatives and represented, frustration due to unmet promises of greater participation, and the growing usage of new informational technologies to express dissent and intervene politically: they have all become a relevant part of the current socio-political context.

Addressing them is of essence for movements and political forces aiming at greater social justice both in the post-2013 Brazil and in the next host countries. Ignoring them, on the other hand, may only lead to the intensification of the current crisis. 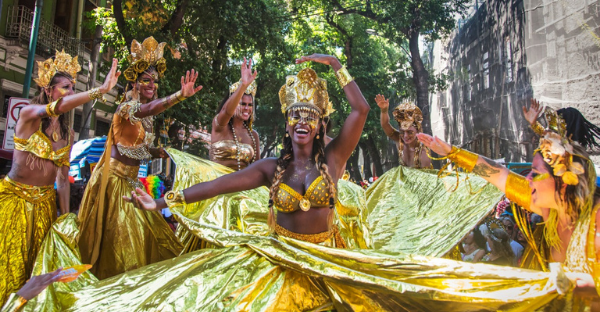 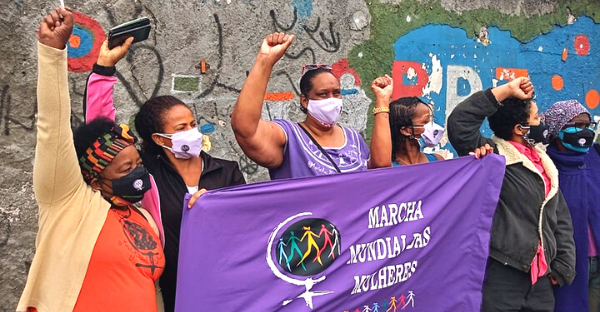